It never goes away and it has made me who I am.

The above post struck me to my core–and this is why:

Nearly sixty years. It never goes away.  It formed who I became.  In the late 50’s and early 60’s my father’s lymphoma was a “secret” that only his wife and children knew.  After informing her 11 and 15 year old children that their father had a fatal illness, our mother rarely spoke to us about it—except, for an example, in retort to my question, “Can we have another baby?”  “You know your father is going to die!”  Bottling up became so profoundly painful, that both my brother and I became outspoken adults.  For me, that doesn’t always have good results, but it is better than the alternative.  The writing of my book, “What to Do about Mama?” and my blog of the same name, have brought my formative years into even greater focus.  This article has made me wonder how I made it through adulthood without more “pathological developmental distortion or arrest.”  Also see my blog post for more on the topic of grief:  Different Perspectives on Grief

Here are some excerpts that really hit home:

People cope with death in many different ways – The Patriot-News

People cope with death in many different ways – The Patriot-News.

This column, “God Squad” by Rabbi Marc Gellman examines the moral issues of being honest about terminal illness.  Personally, I tend to look at life in terms of “gray areas” rather than black and white.  But Rabbi Gellman was clear in his statements: 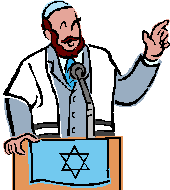 I feel that this article will be very reassuring to people who are struggling, or have struggled, with the issue of death and dying.  It was also very validating to me, since my life was so profoundly impacted secret-keeping, when my father was lied to about his terminal illness during the late 50’s and early 60’s.  (See my August 14 post “Different Perspectives on Grief).

You may want to revisit some of my other older posts about this difficult topic:

The Conversation Project
Hospice: When Should They Get Involved?
Burdening Our Kids
A Controversial Issue Worthy of Comments
Again, Quality vs. Quantity of Life
It Pays to Prepare

Everyone has different perspectives; they are formed by our own personal histories. When it came to the topic of “grief” my co-writer and I discovered we have very different perspectives. Writing about grief caused some stress in our book-writing endeavor. What follows describes my point of view.

My father was diagnosed with lymphoma in 1958, at the age of 44. As was common during those times, the doctors advised my mother not to tell him. But, after a crisis hospitalization, she did tell my brother (age 15) and me (age 11). This became a family “secret” that was never discussed. Four years later, Dad chose to go to the Mayo Clinic in Rochester Minnesota, because he did not believe (accurately) that his physicians were telling him the truth about his diagnosis. There he was told that he had lymphoma. He died within a few weeks, never having returned home.

When my mother passed away suddenly 35 years later, all that I could think was, “She’s finally with him again; she has waited so long.” My father’s early death did, of course, have a profound impact on me. When I grieve for my parents (which I seem to do more the older I become), it is always in the context of the times our family lost with him—things like his never knowing his grandchildren.

In my husband’s family, grieving was more intense when their mother was alive and rapidly disintegrating day by day. It is not uncommon for children to struggle with facing their parent’s or parents’ deterioration—whether it is cognitive or physical—and grieve for the loss of the person they once knew even while that person is still living.

My husband and his siblings seemed to have a value about death that is similar to mine: As sad as it is to lose a parent, if that loved one has lived a long and good life, as my mother-in-law did, we didn’t look at death as tragic—just the natural end to living.

In truth, whenever I know of someone of advanced age who is sick and suffering and heading toward life’s end, I always say this little prayer: “Lord, take this soul quickly and gently into the night to be with You in your heavenly kingdom and in Your perfect love.” 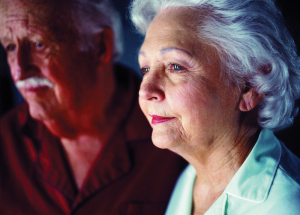 It’s normal to feel loss when someone you care about has Alzheimer’s disease. It’s also normal to feel guilty, abandoned, and angry. It’s important to acknowledge these emotions and know that you may start to experience them as soon as you learn of the diagnosis.

Alzheimer’s gradually changes the way you relate to the person you know and love. As this happens, you’ll mourn him or her and may experience the stages of grieving: denial, anger, guilt, sadness, and acceptance. These stages of grief don’t happen neatly in order. You’ll move in and out of different stages as time goes on. Some common experiences in the grieving process include: